The WEVA Project is supported by a broad coalition of companies and the government of The Netherlands to demonstrate hydrogen-powered shipping and accelerate legislation and regulations surrounding the use of hydrogen for inland shipping. The goal is to use this vessel to contribute to the transition to fossil-fuel-free inland shipping.

The hull of the first-ever inland hydrogen vessel recently departed Shanghai aboard a heavy lift vessel bound for The Netherlands where it is scheduled to arrive in February. The hull was built in China at the Yizheng Yangzi Shipbuilding Co. (YZCB) and launched late in 2022. Concordia Damen will carry out the outfitting of the ship in The Netherlands. It is expected to enter service later in 2023. 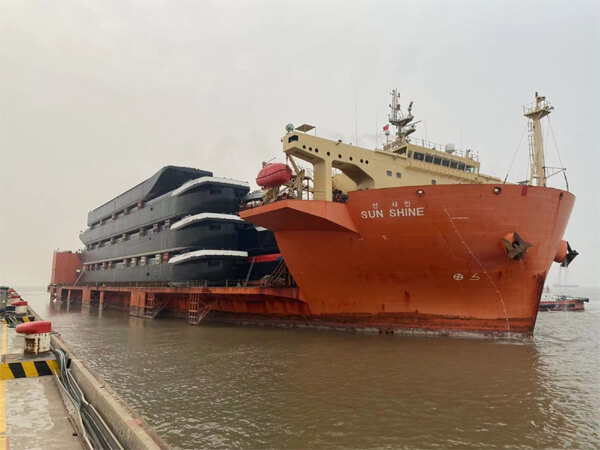 The vessel, named Antonie, will be approximately 443 feet in length with a cargo capacity of 3,700 tons and boast a revolutionary fuel cell propulsion. The power from the hydrogen fuel cells will be converted to electricity to drive the vessel versus conventional inland shipping which relies on diesel fuel. Concordia Damen is leading the construction project of the vessel which when completed will be owned by Lenten Scheepvart and operated under charter to Nobian, an industrial chemical company spun out from Nouryon (the former specialty chemical business of AkzoNobel).

Speaking in March 2021 when the project got underway, The Netherlands’ Minister of Infrastructure and Water Management, Cora Van Nieuwenhuizen, said, “Operating on hydrogen is no longer an idea on the drawing board. By constructing and, before long, operating this vessel we will learn in actual practice what it takes to utilize hydrogen safely and on a larger scale for our inland shipping. This marks a great step towards zero-emission inland shipping.”

The companies involved in the project noted the experiences gained during the development phase, construction, and launch of the Antonie will contribute to determining the viability and costs of comparable projects in the future. The project allows for mapping what is necessary in terms of regulations and facilities to safely use hydrogen on a larger scale in inland shipping.

The cost of construction of the first hydrogen-electric inland ship is reported to be about twice as high as a conventionally powered ship. Lenten is covering the traditional cost of building a vessel while the Ministry of Infrastructure and Public Works is contributing approximately €4 million ($4.35 million) toward the cost of construction.

When the Antonie enters service, the ship will transport salt for Nobian, from Delfzijl to the Botlek plant in Rotterdam. The ship will transport approximately 3,700 tons of salt per voyage, the equivalent of 120 truckloads. Nobian is also the producer of the green hydrogen and the vessel will refuel at the hydrogen bunker station in Delfzijl. 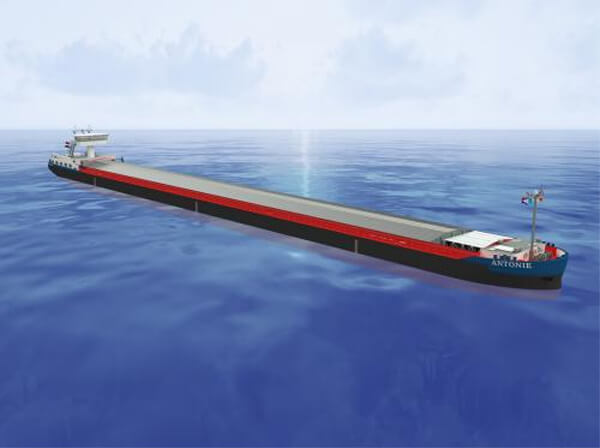